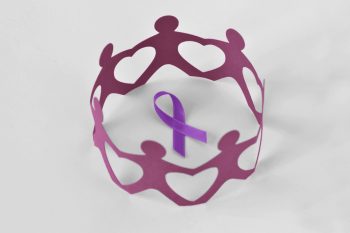 CBD is certainly trending! You have probably seen a commercial or heard an ad about it. Maybe you’ve read a blog or two or have had friends recommend the use of CBD for epilepsy. With lots of people turning to it to aide in their ailments, it’s swiftly making its way into medicine cabinets.

With laws changing and patients becoming more open to nontraditional medication, patients’ views of CBD have been markedly improving. Researchers and patients alike are dabbling in it for a myriad of ailments and diseases. For the purpose of this reading, we’ll explore the use of CBD for epilepsy.

The Mayo Clinic chiefly defines epilepsy as a central nervous system (neurological) disorder in which brain activity becomes abnormal. This causes seizures, periods of unusual behavior, and sometimes loss of awareness. Doctors generally diagnose patients with epilepsy after one of two events. The first is when a person has two unprovoked seizures. The second is when unprovoked seizures occur with the probability of more. Medical professionals define an unprovoked seizure as one that occurs with no known reason.

There are many types of seizures. The phrase “epilepsy” says nothing about the type of seizure or cause of the seizure. Epilepsy means only that the seizures happen again and again.

Anyone can develop epilepsy. Epilepsy affects both males and females of all races, ethnic backgrounds, and ages. According to the Epilepsy Foundation, the leading national health organization, it affects more than 3.4 million people in the U.S. and 65 million worldwide. This year, doctors will diagnose an estimated 150,000 people with epilepsy.

CBD is cannabidiol. It is the second most dominant active ingredient of cannabis (marijuana). While CBD is a vital component of medical marijuana, producers derive it directly from the hemp plant, instead. Hemp is the cousin to the marijuana plant and only has trace amounts of THC. THC is the most prevalent active ingredient in marijuana. It’s responsible for the “getting high” element. Unlike THC, CBD doesn’t cause intoxication or euphoria.

According to a report from the World Health Organization (WHO), “In humans, CBD exhibits no effects indicative of any abuse or dependence potential . . . To date, there is no evidence of public health-related problems associated with the use of pure CBD.”

Benefits of CBD for Epilepsy and More

CBD proponents publicize it as providing relief for anxiety, depression, and post-traumatic stress disorder. Sellers also market it to promote sleep and feelings of relaxation, as well as reduce pain and inflammation.

Patients have reported the following health benefits after using CBD (researchers are currently studying these in medical trials):

CBD for Epilepsy: Does it Work?

Research shows that despite all available traditional treatments, at least three out of 10 people with epilepsy continue to experience uncontrolled seizures.
According to research obtained by the Epilepsy Foundation, a number of studies have shown the benefit of CBD products in recent years. Researchers studied specific groups of people with epilepsy who haven’t responded to traditional therapies. According to Harvard Medical, there are numerous studies of the use of CBD for epilepsy. CBD was able to reduce the number of seizures, and in some cases, it was able to stop them altogether.

Scientific evidence shows the effectiveness of CBD in treating some of the cruelest childhood epilepsy syndromes. Examples of these are Dravet syndrome and Lennox-Gastaut syndrome (LGS). These childhood forms of epilepsy typically don’t respond to traditional anti-seizure medications.

On June 25, 2018, the U.S. Food and Drug Administration (FDA) approved Epidilex, the first ever cannabis-derived medicine for epilepsy. During trial studies, Epidiolex was effective in reducing the frequency of seizures in patients with Lennox-Gastaut syndrome and Dravet syndrome. These two syndromes generally appear in early childhood. Both syndromes explicitly feature uncontrollable seizures. Consequently, these severe seizures lead to some forms of learning disabilities. Epidiolex is legal for the treatment of patients two years old and older.

How Safe is CDB?

A review of 25 studies on the safety and efficacy of CBD did not identify significant side-effects across a wide range of dosages. These studies included acute and chronic dose regimens, as well as numerous modes of administration.

An in-depth review by the WHO recently revealed that CBD is a promising treatment for a number of medical conditions. According to their findings, patients tolerate CBD well. Additionally, they have a good safety profile and don’t appear to be a risk for abuse or dependence.

What is the Legal Status on CBD?

If you’ve researched the legalities regarding CBD and are still confused, you’re surely not alone. It seems that buying CBD is legal…sometimes!

Last year, the president signed the 2018 Farm Bill into law after Congress passed the Agriculture Improvement Act of 2018. This bill has specific provisions legalizing the cultivation of hemp and hemp-based products. This includes CBD that manufacturers derive from hemp. Under the 2018 Farm Bill, the overall federal definition of hemp changed. It now includes any cannabis plant or product derived from a cannabis plant that contains less than 0.3% THC (in dry weight). Things get murky because the bill explicitly states “hemp,” not CBD. However, CBD comes from hemp. Hemp regulations now belong under the U.S. Department of Agriculture (USDA), instead of the Drug Enforcement Administration (DEA).

Overall, most states authorize the use of CBD, especially for specific medical conditions. Many states define legal CBD as the extract from hemp with zero or very little amounts of THC. CBD was just as illegal as marijuana before the change.

For several decades, the evidence supporting CBD for epilepsy was mostly anecdotal and of poor quality. However, in the past few years, studies on the purified form of CBD have finally produced results. Although it’s beneficial that anecdotal data is being replaced with real scientific evidence, many questions remain. Researchers certainly need to conduct more research to assess the long-term safety and efficacy of CBD for epilepsy. Research in this area needs to specifically include the developing brain. Fortunately, more studies are ongoing that will hopefully answer many questions and put concerns to rest.

[6] Foria. “CBD Oil: Risks, Side Effects and What You Need to Know.” Foria Wellness, 14 Oct. 2019, www.foriawellness.com/blogs/learn/cbd-oil-risks-side-effects-safety-contraindications.