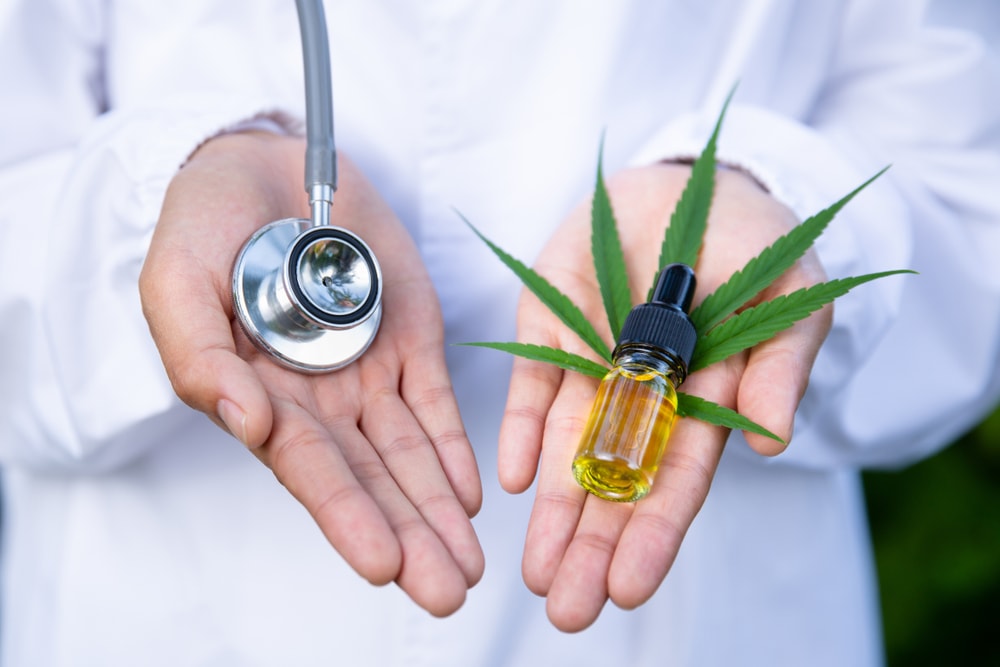 The use of cannabis for mental and physical ailments have intrigued humans for thousands of years; however, cultures across the globe developed concern for its abuse potential, causing many countries to ban it in the early 1900s. Almost a century later, these societies have made small strides in research that has revealed the significance of its healing potential and medicinal value. In fact, the Farm Bill of 2018 has removed a compound of the plant, cannabidiol (CBD), from the U.S. Drug Enforcement Agency’s Schedule I, which allows Americans to take advantage of its many benefits legally from the perspective of the federal government, as well as expands research efforts for a number of previously difficult-to-treat illnesses. The National Center for Biotechnology Information points out that, “Numerous diseases, such as anorexia, emesis, pain, inflammation, multiple sclerosis, neurodegenerative disorders (Parkinson’s disease, Huntington’s disease, Tourette’s syndrome, Alzheimer’s disease), epilepsy, glaucoma, osteoporosis, schizophrenia, cardiovascular disorders, cancer, obesity, and metabolic syndrome-related disorders, to name just a few, are being treated or have the potential to be treated by cannabinoid agonists/antagonists/cannabinoid-related compounds.” Here, we discuss six illnesses, supported by clinical research, in which CBD shows promising potential. Here are top six illnesses CBD helps.

The science behind the theory that CBD is an effective treatment for chronic pain is straight-forward, although clinical studies are still in their infancy stages in the U.S. What we understand about the human body tells us that our pain receptors, located in our brains and at nerve-endings, respond favorably to CBD without the psychoactive effects that makes one feel high.

The Journal of Experimental Medicine cites a study that reports “systemic and intrathecal administration of cannabidiol, a major nonpsychoactive component of marijuana, and its modified derivatives significantly suppress chronic inflammatory and neuropathic pain without causing apparent analgesic tolerance in rodents.”

The Journal of Epilepsy Research published a study that concluded “with class 1 evidence that CBD improves seizure control when added on to other AEDs in patients with two difficult-to-treat epileptic encephalopathies.” While its premature to state that research has resulted in this confirmation, we’re closer than ever to “the era of evidence-based prescription of a cannabis product” for epilepsy.

As CBD treatment grows in popularity in the United States, especially as an alternative treatment with little to no adverse side effects, pharmaceutical medications containing the compound have been accelerated by the Food and Drug Administration (FDA.) In 2014, “GW Pharmaceuticals announced that FDA granted Fast Track designation to its investigational CBD product, Epidiolex, in the treatment of Dravet syndrome, a rare and catastrophic treatment-resistant form of childhood epilepsy.”

Cancer cells wreak havoc on the human body, and chemotherapy wreaks havoc on cancer cells. Unfortunately, although chemotherapy can be extremely effective in many cancer cases, it tends to wreak havoc on healthy cells, as well. This treatment commonly causes uncomfortable side effects, such as hair loss, fatigue, anemia, generalized body pain, insomnia, and nausea and vomiting.

The British Journal of Pharmacology published a study entitled Regulation of Nausea and Vomiting by Cannabinoids that notes, “Nausea is often reported as more distressing than vomiting because it is a continuous sensation.” The study suggests a promising potential for CBD as a treatment for this agonizing side effect explaining that “CBD produces its anti-emetic/anti-nausea effects by activation of somatodendritic autoreceptors located in the [dorsal raphe nucleus], reducing the release of forebrain 5-HT.”

To translate that into English: CBD decreases the production of the hormone that induces nausea.

The Journal of the American Society for Experimental Neuro Therapeutics published a study that explores the effect of CBD on several anxiety disorders, including generalized anxiety, stress-induced anxiety, panic disorder, and contextual fear conditioning. The study reports that “Overall, existing preclinical evidence strongly supports the potential of CBD as a treatment for anxiety disorders.”

One study included subjects with social anxiety who were preparing to perform a public speech. Of those who were given CBD to treat their raised anxiety levels, most indicated a decrease in their anxiety level, which was confirmed by clinical heart rate and blood pressure readings. At the end of the study, researchers stated that CBD had a significant impact on anxiety.

About one-third of American adults suffer from sleep disturbances, which often stem from stress, anxiety, and depression. “CBD is commonly used to address anxiety, and for patients who suffer through the misery of insomnia, studies suggest that CBD may help with both falling asleep and staying asleep,” says Peter Grinspoon, MD in an article published by Harvard Medical School.

The National Institute on Drug Abuse reports that “Early preclinical findings also suggest that CBD may have therapeutic value as a treatment of substance use disorders. CBD reduces the rewarding effects of morphine and reduced cue-induced heroin seeking in animal models.”  With the passage of the Farm Bill of 2018, researchers have fewer restrictions on exploration and research of CBD’s benefits for opioid addiction treatment.

For more information about the benefits of CBD, continue browsing this site or find CBD oil near you with our free directory. You can also check out 6 different things you should know before buying CBD.

A Guide to CBD and Drug Testing